There are many sources for market statistics and also many interpretations to the statistics. Below are some I use to advise my clients, buyers or sellers, on the true condition, pace and nuances of the market. You'll note that this past December's sales were stronger than 2013's; actually one of the strongest ever in our region. You'll also notice that the total sales were off from 2013. Some point to this statistic as an indicator the market is slowing, I look instead at the months' supply of inventory, price point for general market and the overall slowdown and believe it's a truer indication of market strength but a lack of supply which is harming the market; not a lack of demand or interest by buyers.

You'll notice the strength of the condo market isn't the same as single family residential. While the sales were pretty stable and prices rose some from 2013 to 2014, the increase in availlable inventory has dampened some of the market appreciation. Hopefully with rising rents and single family home prices, we'll see a bit more of a rebound in condo prices in 2015. My apologies for having to do some side to side scrolling to view all the data but these are the clearest forms for giving the most data that I can find to show you. 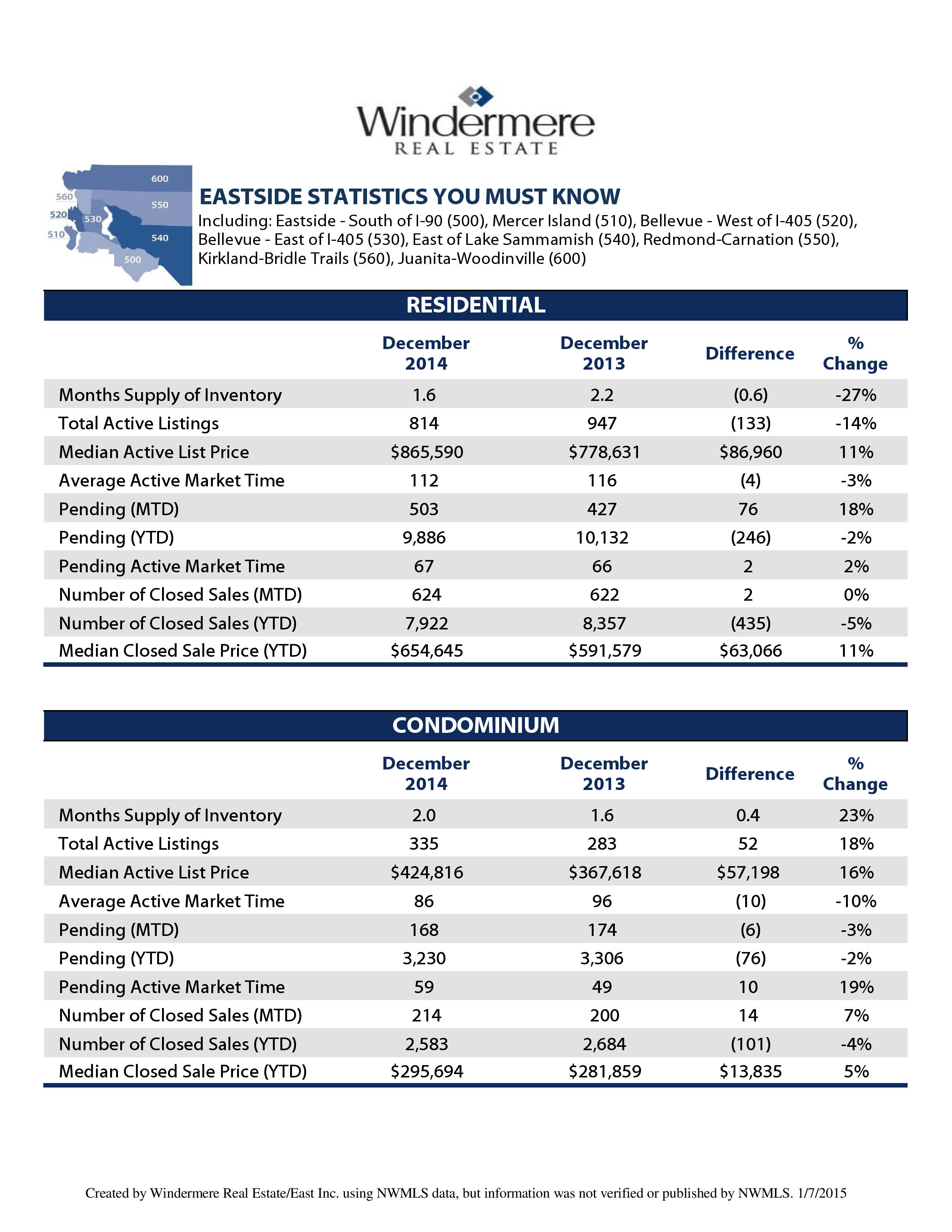 The charts below show you the market activity by price range which can help you see the differences between certain price ranges in our market area. We don't have one consistent market; it varies greatly by price range, location and features. You'll notice the dramatic decline in lower price ranged homes for sale or to sell due to this shortage. Also quite interesting to see the increase in sales for homes from $750K-$1M and in the $1M to $1.5M range. Again, some sideways scrolling needed to capture all the data but worthwhile to see the realities of sales, inventory and changes over the last 2 years. 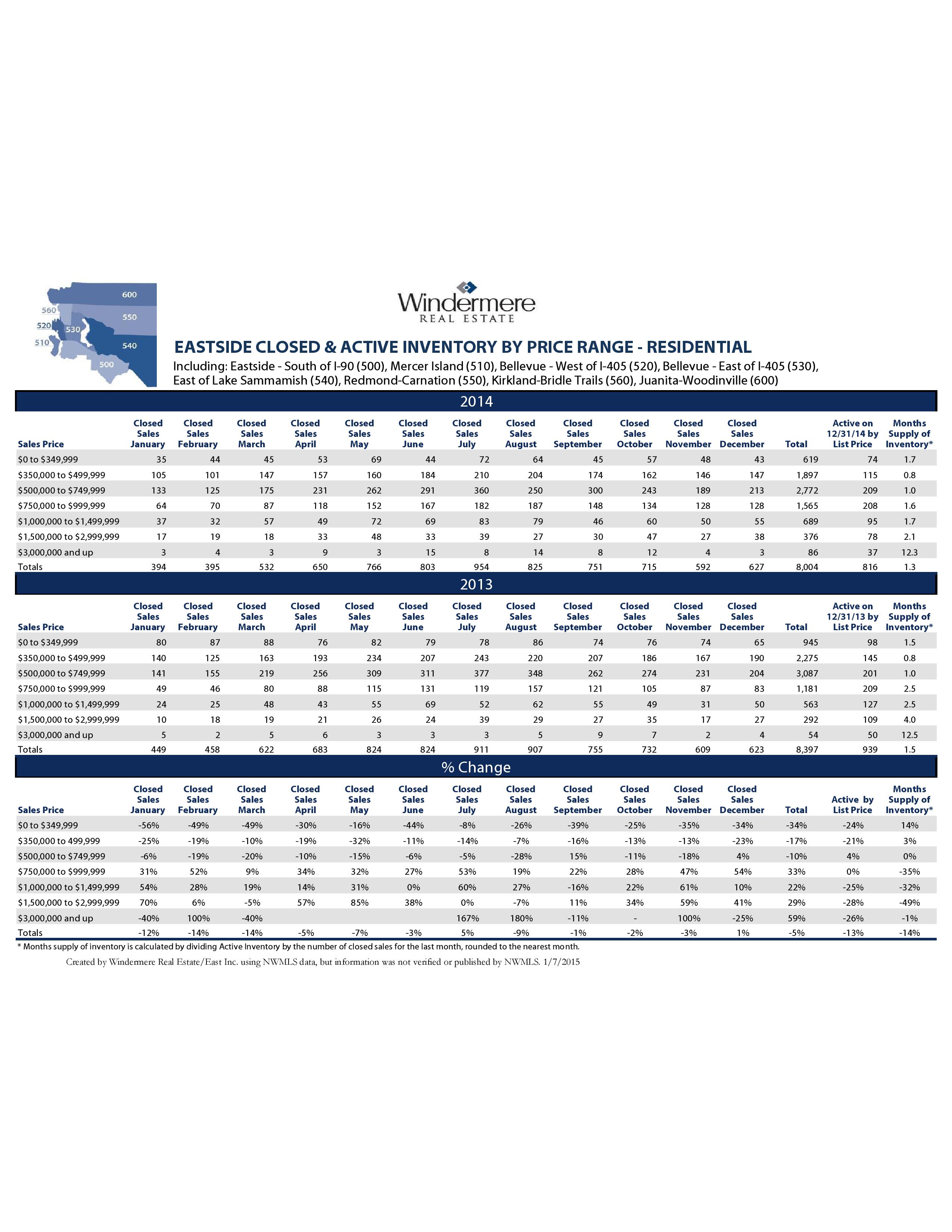 Finally are the statisitcs by price range for condominiums. You see the strength in sales, especially in the $500-$$750K range and some lack of demand for the under $350K range. Some of this lack of demand is due to the demographics of who the buyers are in the current market with Seattle having a stronger demand for lower priced condos than the Eastside. 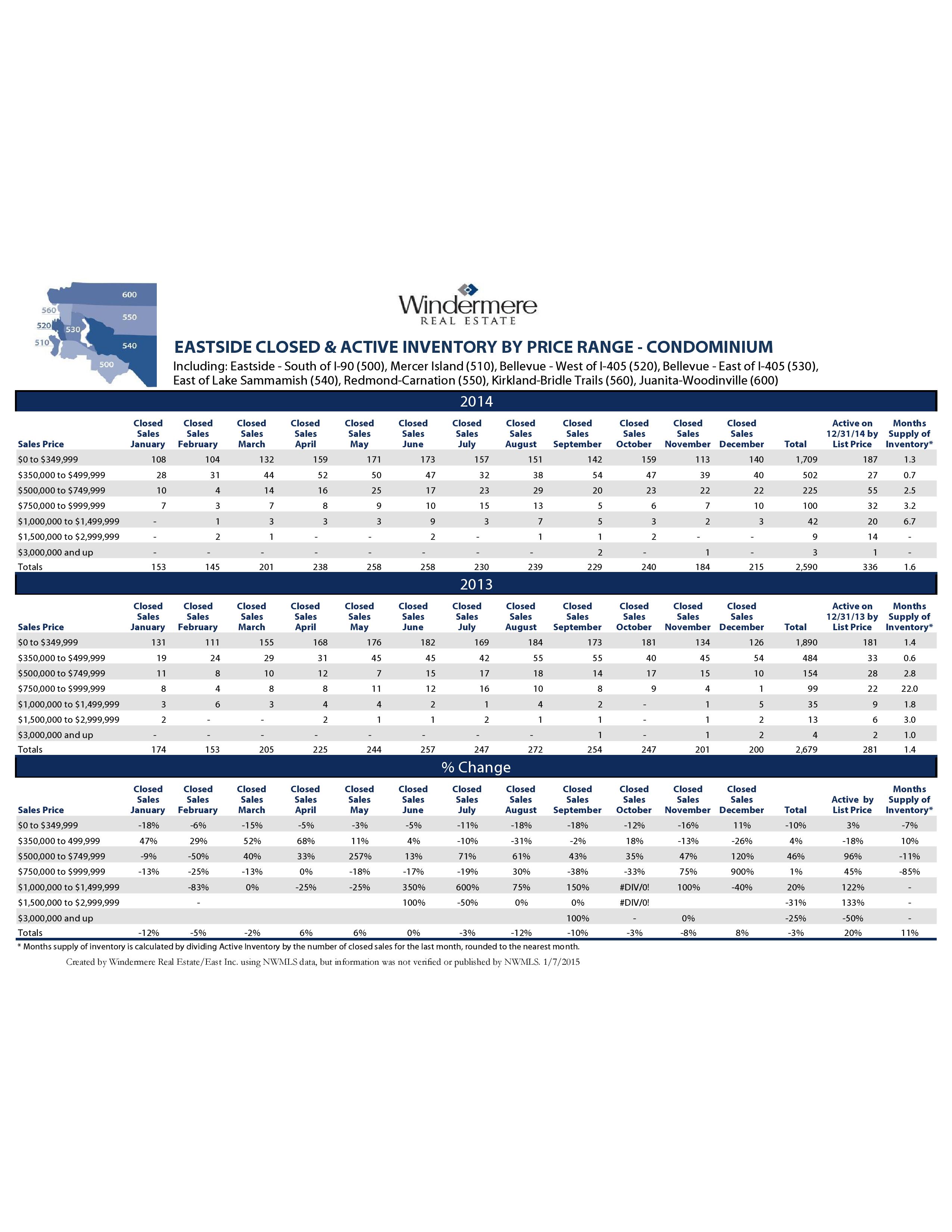 Related Articles
In The News Q3 2020 Gardner Report for Western Washington I am fortunate to work for Windermere Real Estate and one of the benefits I derive is access to a local economist, Matthew Gardner, who monitors various economic details and trends for insights and perspectives on our real estate market. Here’s his latest analysis of the Western Washington market place. It seems we have recovered […]
In The News Market Update Amid Uncertain Times Pardon my absence, the market has been running extremely hot for the past several months and I thought I’d offer some insights on the activity levels and sentiments. Contrary to many predictions early in the year, the market took a 4-6 week breath in mid-March but has taken off in a full stroke sprint since […]
In The News Market Froth Continues The frenetic pace of the real estate market continues to frustrate home Buyers while rewarding home Sellers. The data shows 13% appreciation on the eastside from last year but for those of us on the streets and in the negotiations, it's not abnormal to see prices up 20% since the beginning of this year. Bidding […]